Perhaps it’s due to my age, but I no longer aspire to fame. At fifty-seven, an individual might consider one’s remaining years and conclude that fame — elusive up to now — was unlikely to occur. There are flaws in that perspective. For instance, who’s to say how long one has on earth? Who’s to say how or when one might achieve fame? My mother pictured me becoming a famous dancer; at twelve years, I pictured myself becoming a famous Major League Baseball player; at seventeen I had my sights set on being a famous writer. In the time remaining to me, I could achieve fame – or infamy – by any number of ways. Who’s to say what will happen between now and the day I am laid to rest?

That said, I repeat, I no longer aspire to fame. I haven’t danced since my twenties. And as for baseball, my pitching arm is shot. It’s true, I write; but it’s also true that I once lost a writing job because I spoke of not wanting fame. I’ve been sabotaging myself in this manner for years.

What do I want, then, if not fame?

Last Thursday, I headed out on my bicycle at 6:38 am.  The sky was brightening to the east, but the sun would not rise for another thirteen minutes. I wore my neon yellow sweatshirt and a reflective vest as I turned onto the county highway and made the short jog to the gravel road. I rode west. The wind was calm; the air cool. In the growing light, a startled Western meadowlark flew from the gravel and headed across the soybean field. Sparrows flitted into the ragweed brush. The sun was up when I took the next corner and peddled north. Evening primrose blossomed boldly in the ditches. Smooth asters and heath asters flowered alongside the road’s edges. A marsh hawk sailed low over the soybeans, hovered and then disappeared beneath the vegetation. A pair of Sandhill cranes walked the road ahead of me. A kestrel hunted from its perch on the electrical line. 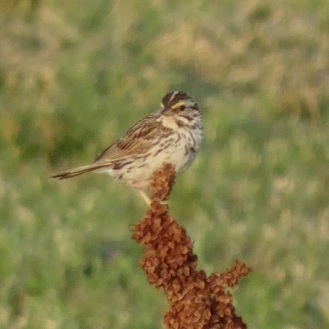 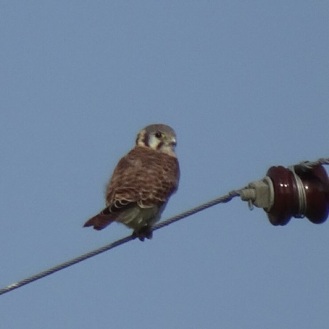 If not fame, what do I want?

I drove to Agassiz National Wildlife Refuge on Labor Day weekend. The day was uncharacteristically hot for early September. I set up my spotting scope beneath the shade of a single elm tree and watched a trumpeter swan and great egret share space against a backdrop of cattails. A trio of juvenile trumpeters swam in the open pond. A family of ducks coursed the waterway in single-file. I jotted my notes: Canada geese at Headquarters pool, pelicans, cormorants, dabbling ducks, swans, egrets, a flock of shorebirds, swallows, the trill of Sandhill cranes. None too soon the days would cool perceptibly and the migratory exodus begin. 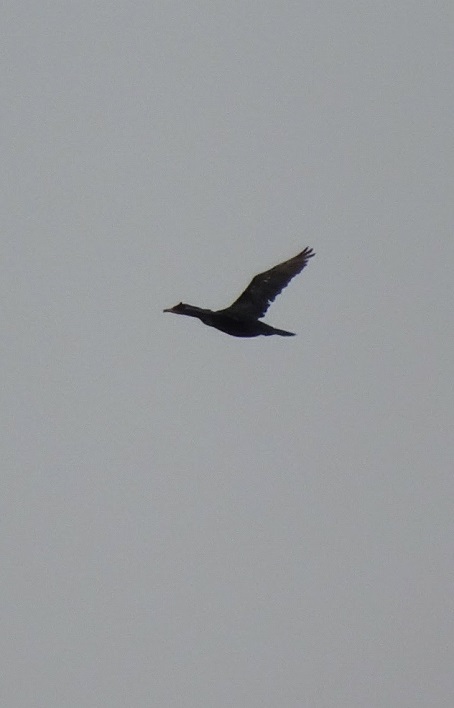 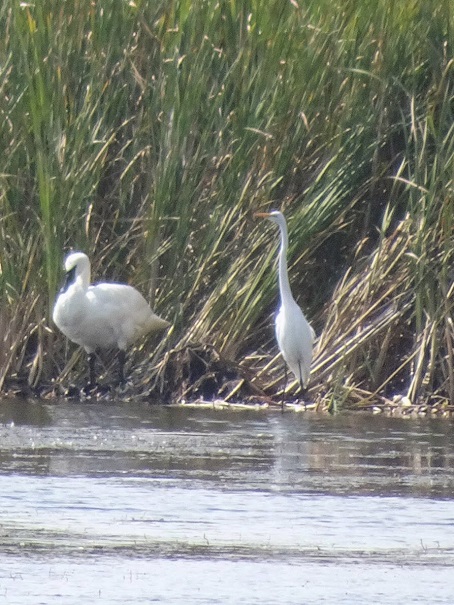 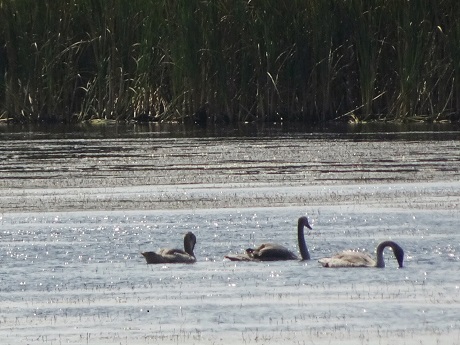 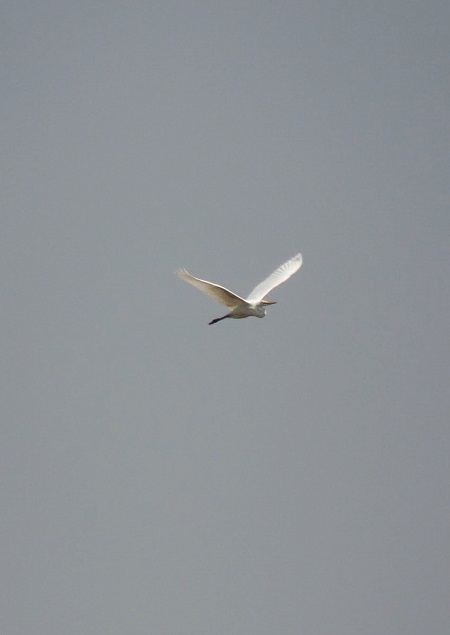 If not fame, then what?

My brother-in-law took the wheat from the field surrounding the house on the last days of August. I watched in a dust storm of chaff as the combines worked the field, emptying their heavy loads into grain carts traveling alongside the massive machines, neither breaking stride.

Perhaps it’s my age, but I no longer aspire to fame. What I have is enough. I wake each morning with a sense of excitement. I live the changes I see daily. I anticipate the change of seasons. I do not rush these changes, but watch closely to register as much as I can. On Saturday evening I watched a red-tailed hawk hunting above a newly cropped wheat field. I parked my bike alongside the road and walked across the wheat stubble stopping every ten steps to take a photograph of the hawk, unsure how close I could get before it took off. I biked west then, eyes open for the kestrel perched in its usual spot on the electrical line, my ears tuned to the sounds of migrating Canada geese, the trills of Sandhill cranes.

Perhaps it is my age speaking, but I want nothing to interrupt this journey. I want to start each day filled with the anticipation of what is and what might be. I want to feel the changes. I want to be present in the changes. Of these, I will write. I no longer aspire to fame. This is enough.