I snowshoed west across the open field this morning. The sky was overcast. Snow fell from above or was blown from the northwest; I couldn’t tell which as I traveled slowly, my head down against the biting wind.

It is the end of January. The winter, now long and deep with cold, has left me anxious for movement. I wake early on the weekends and chart my potential adventures. Last Saturday I drove south to the Fertile Sand Hills where I snowshoed the ancient, glacial drifts, wending my way between aspens and oak trees, photographing bittersweet and berries, studying the husks of last summer’s wild cucumbers, listening to the sounds of a hairy woodpecker working its tree. 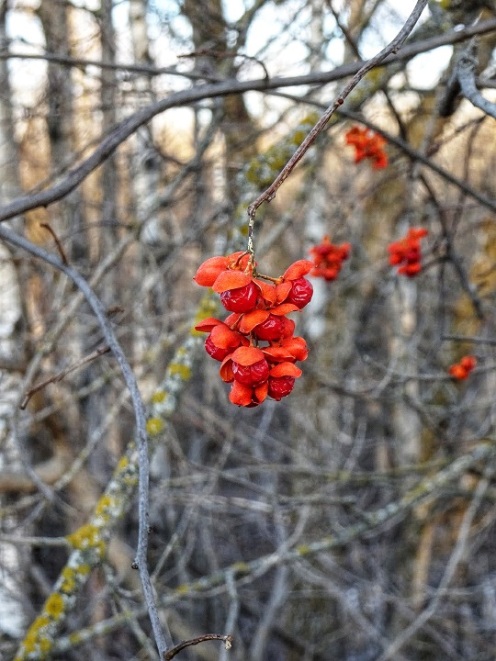 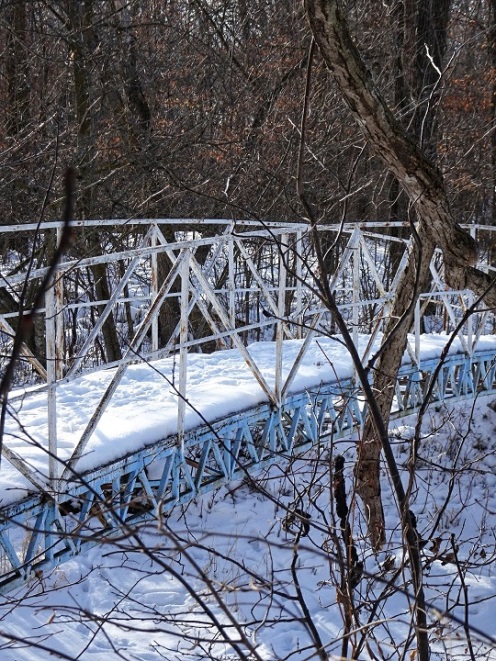 Bridge Over the Sand Hill River 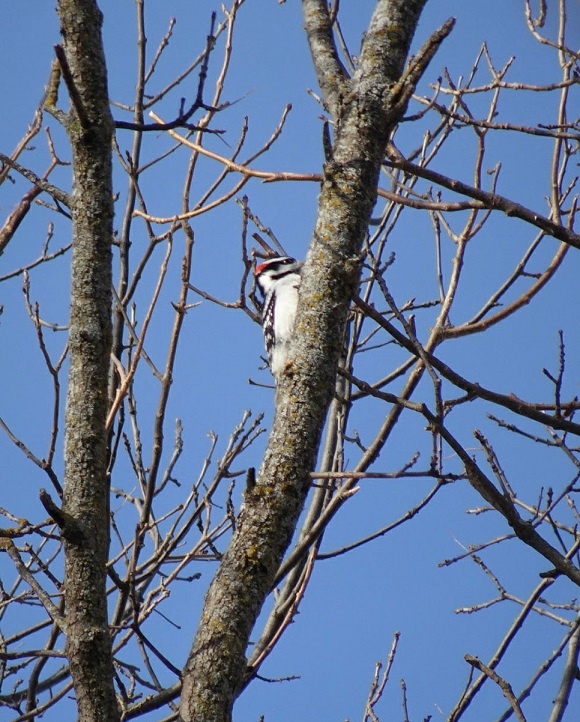 Hairy Woodpecker Along the Sand Hill

I was a solitary snowshoer on a warm and sunny January morning. The world was full of light and promise. My mind was clear and accepting. I sat on the riverbank and watched the moving water. Subzero temperatures had concentrated life to its most minimal movement, but the river had refused constraint. I would be like this river, I thought. I would flow with circumstance; I would waken each day and see the world with fresh eyes. I would shake off yesterday’s woes and commence unconstrained into the day. The river spoke of life; I would live.

Tracks Along the Sand Hill River

It is now the end of January. I woke this morning to overcast skies. The wind, bitterly cold, blew unrelentingly from the northwest. I donned my winter jacket, snow pants and snowshoes and headed west across the field. Behind scarf and hat, I hid my face from the wind. My fingers stung in layered mitts. I hiked across hardened drifts. Not a bird was aloft; not a sound did I hear. No life, I cried! No life moves in this bitter cold…and then I saw it. The cold had concentrated movement to its most minimal, but the snowshoe hare had refused constraint. I shook off my gloves, and standing bare-fingered in the blowing snow, I learned the lesson of life once more.

6 thoughts on “Without Constraint”