I wake now to the gray skies of November, mornings begun in darkness, workdays ending in the same. Final skeins of migrating geese stretch pencil-thin against the clouds; snow squalls blow suddenly from the north, halt, then blow again. The sun makes its appearance, apologizes, and disappears. The wind bites. The temperature drops. Winter returns.

I feel a longing for days past. My breath catches. I want — I want the warmth of summer. I want to step outside and walk long roads to nowhere. I want to hear life around me, the cries of the red-tailed hawk, sparrows chirping in the grasses, sedge wrens calling from the cattails, red-wing blackbirds warning above the marshes, sand hill cranes trilling overhead or in distant fields. I want to feel the warmth of the sun on my shoulders. 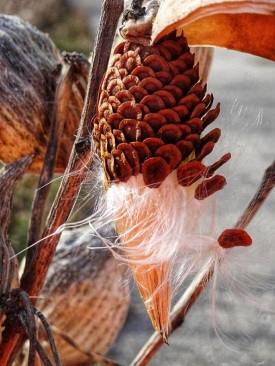 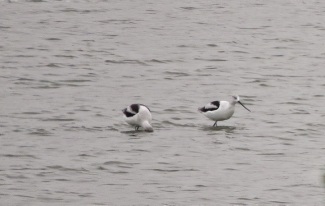 The poet Wendell Berry wrote, “Beware the machinery of longevity. When a man’s life is over the decent thing is for him to die. The forest does not withhold itself from death. What it gives up it gives back.”

I recall Berry’s stark words as I pull-on my heavy outer gear and start my journey across the frozen field. Allow the progression of seasons, I counsel myself. Do not fight what cannot be fought. Be mindful of the present; be watchful of all life. Be here in this moment. Be here – love what is, this ending, this long quiet, for this ending is but a prelude for what is to come.

“Winter, with its inwardness,” Henry David Thoreau wrote, “is upon us. A man is constrained to sit down, and to think.”

Or to walk, I tell myself as I uncase my camera to photograph falling snowflakes. Or kneel, I say as I lean low to frame the peaks of the first drifts.